Despite such data, the majority of Asian firms have been slow to grasp the importance of everyday operational excellence that requires a continuing commitment to quality service, as well as processes that are effective from the customer’s point of view and advanced supply chain skills.

Many Asian firms prefer to spend fortunes on tactics to acquire customers yet very little on the operational and other strategic requirements needed to keep them. Sales and marketing growth based on increased awareness are fine and important but they are activities to be embarked on only after the operational foundations are in place. This is because an acquisition only approach is generally unsustainable.

Therefore, once a customer is acquired, it is critical to develop relationships to retain them. Firms cannot simply ‘hope’ they will come back time and time again because, with so much competition, so many alternatives, if you are not communicating with them – and selling to them, someone else will.

Customers build brands
And because customers have the power to make or break our brands, Asian companies must learn to do business on their terms. At the same time, they must become focused on creating PROFITABLE customers (on average, 15% of customers are unprofitable), ensuring those customers become our brand ambassadors, and consistently increasing their share of wallet.

Coca-Cola, Marlboro, Pan-Am, Ford and so on, represent mass-economy brands. These Western brands were successful because they shrewdly used the tools of the mass economy. They positioned themselves by repeatedly advertising in the mass media of one, two or three TV stations, one or two newspapers and knew where consumers were most of the time as there were few leisure time activities to take them away from the home.

Global markets
They also used mass production to achieve economies of scale, and they used distribution to penetrate mass markets. Global markets were opening up, disposable income was increasing, competition was limited. Customer retention didn’t really matter. Markets were growing so fast, and the mass-economy tools were so powerful, that it is was fairly easy to acquire a new customer for everyone that was lost. They also had a large, essentially one segment, ready made affluent domestic market.

But today, the mass economy is dead. The mass economy was killed by the fragmentation of the media, new leisure time activities, the Internet, greater competition, globalization, immigration, increasing number of and power of retailers, marketing segmentation and other forces.

In its place, we now have the “Customer Economy.” Companies no longer have the exclusivity to make the rules and control information by “positioning” products or promoting “brand equity” through advertising and PR like they did in the mass economy. Moreover, where in the past, prospects were segmented by demographics and geography, now they are part of communities. In these circumstances, can advertising and PR be effective to build brands? As part of a comprehensive brand strategy, yes. On their own, no.

For example, in the 10 year period to 2006, the computer manufacturer Acer spent US$10 billion (RM33.6 billion) trying to build a global brand via advertising. The effort failed. Acer withdrew from the retail market and has only recently reentered it with a new strategy focusing on individual segments.

Sony mass market failure
In 2000 and 2001, Sony spent an incredible US$2.5 billion (RM8.4 billion) on advertising worldwide. The result? The first three months of 2003 saw stunning losses, a 25% slide in the company’s share price in just two days and layoffs of more than 20,000 workers worldwide.

Asian companies
Asian companies obsess with using traditional marketing tools such as advertising and PR to acquire new customers. But what good does it do to acquire customers if you have no idea how long they are going to stay and how profitable they will be? Also required are investments in operational excellence and accountability.

There is also a belief by many firms that they just have to ‘participate’ in an activity to get business. One local firm we’re familiar with collected 200 qualified leads from a trade show, yet months later those leads were still collecting dust! They were waiting for the prospects to contact them!

Finally, within 3 weeks of the trade show ending, two of the sales people manning the booth left the company, taking all the leads generated with them.

As we work to move up the value chain, the goal of every Asian company that wants to build a brand must be profitability, backed by measurement and accountability. Reaching solely for sales or market growth is no longer enough.

Repeat business
Not so long ago, in the US, to reach its sales goals, Ford offered $3,000 in rebates and other special deals off the cost of the Taurus car. Ford maintained its market share – but at the cost of losing money on each vehicle sold. Interestingly, Ford learned from its mistakes. Its next TV ad campaign in the US was based on the following line: “The highest proportion of repeat buyers of any car in its class.” What better testimonial is there? Little wonder then that in a report released by LeaseTrader.com in August 2009, Ford had the highest brand loyalty of any American automotive brand.

Despite the obvious need to invest heavily in retention strategies, ask a typical advertising agency about the branding issues faced by Acer, Sony, Ford and other companies, and what do you think the most common response will be?

Exactly. Recommendations for more ads, in more media across more platforms! They’ll promise a better creative team to provide greater creativity, but what’s really required is accountability for results! The usual agency attitude of “spraying and praying!” may have been the best strategy during the mass economy when there were a limited number of media conduits. But in the customer economy, the proliferation of media outlets and competitive advertisers now makes it practically impossible to build a brand solely based on ‘spraying and praying’.

Strategic approach required
What Asian companies need more than anything else is a strategic approach to branding that is aligned with the new imperatives of the customer driven global economy. Branding in the customer economy requires a fresh look at how the organisation engages with customers, as well as market and profitability requirements.

Rather than a simplistic reliance on logos and creative driven, one-size-fits-all, repetitive advertising, branding today demands research, data, measurement, supply chain effectiveness, customer intelligence, service AND accountability to both customer requirements and resources spent. Only once the company has identified who it should talk to and how, can it start to talk to those prospects.

Because acquisition is so expensive, and existing customers make the best brand ambassadors, branding also requires an emphasis on the identification and retention of PROFITABLE customers. This is especially true as the balance of power shifts from sellers to buyers.

The payoffs from such customer-economy branding can be substantial. British Airways calculates that customer retention efforts return $2 for every dollar invested. The clothing label Zara has thrived against powerhouses like Gap by moving from four collections a year to releasing new styles every two weeks.

So, as Asian firms attempt to move up the value chain, it is imperative companies monitor their retention rates (which fewer than 20% of companies do), because it is the best indicator of future profitability and brand strength.

Track RFM (Recency, Frequency, Monetary Value) because it shows which customers may be prone to defection and which are candidates for up – or cross – selling. Since it is likely 20% of customers are generating 80% of profits, segment customers according to profitability, and develop unique value propositions for the top 1%, 4% and 15%.

Calculate the lifetime value of clients. For instance, Ford calculates that a customer who buys his first car at the age of eighteen, upgrades it every three years and services it at a Ford dealership is worth a six figure sum to Ford over a lifetime. Cadillac estimates the lifetime value to be $300,000.

Other areas of organisational excellence that are key to building global Asian brands include recruitment and training. The retail sector is only realizing a fraction of its potential. This is partly due to the lack of training of staff and subsequent indifference of frontline staff when interacting with customers. If there is no attempt to build rapport with a prospect, why should the prospect return?

This is also true of manufacturing. One company in Malaysia we contacted recently listed 2 markets it wanted to develop as the UK and France. Yet when we called the office, no one spoke English.

In Malaysia, according to research carried out by PriceWaterhouse Coopers, 86% of Malaysian CEOs and their Board of Directors say that they believe in the economic potential of effective brand building. However, almost the same number of CEO respondents admitted that they do not have a brand unit to integrate brand practices within their organisation. Sentiments are similar in Thailand, Indonesia and Vietnam

Until those C level executives take the plunge and invest in their brands by building operational excellence into their brand strategy, the concept of building global Malaysian or other Asian brands will remain just that, a concept. 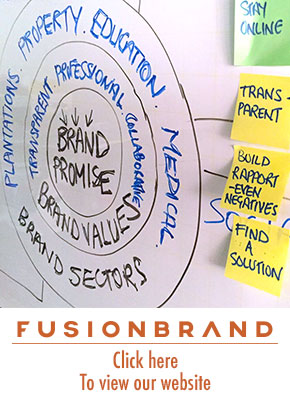