In the early days of the Internet, as brands tried to capitalize on the consumer accessibility email addresses offered, spam was a real problem. But more efficient filters and the ineffectiveness of the one-size-fits-all mass marketing approach soon saw a reduction in spam.

Unfortunately, after a brief lull, the amount of mind numbingly irrelevant and sometimes irreverent emails that I receive from a variety of sources seems to be on the rise. But what’s surprising about the latest avalanche is that many of the emails are coming from advertising industry trade publications that should know better.

Recently I received 3 emails telling me how great a new radio station is. I received another three telling me about the launch of the Mandarin version of the same trade publication. 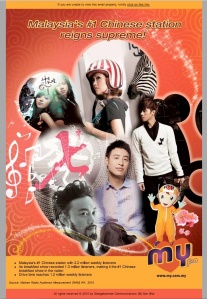 Now I understand that when I agreed to submit irregular articles to the publication, I probably also agreed to receive ‘carefully chosen 3rd party promotional messages’ but these emails were in Cantonese (I think)! Marcus Osborne does not sound like someone who might be interested in listening to Cantonese radio stations! 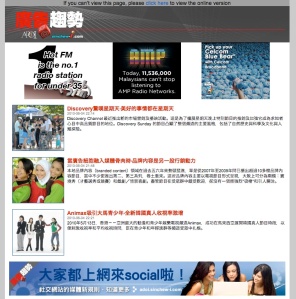 I’m also getting tired of receiving badly targetted emails from supposedly tech and branding savvy organisations like Amazon. Now this may be a coincidence but earlier this week I went to amazon.com to see if I could buy a Kindle. Unfortunately because I live in Malaysia I cannot buy one and even if I could it would be useless because none of the titles available on Kindle can be downloaded in Malaysia. I was obviously disapointed but after a while you get used to these things in South East Asia. However this morning I received an email from Amazon suggesting I buy my father a Kindle for Father’s Day. That really is rubbing salt into the wound.

Case studies of successful email campaigns are hard to come by, but American Greetings Interactive, an online supplier of greeting cards increased customer engagement by 13% between October 2009 and April 2010 thanks to a number of targeted email marketing campaigns.

Rather than shooting out the same email to the whole 5 million member database, American Greetings Interactive and their partner, Metrics Marketing, segmented the card company’s customer database into more than 15 sub segments and created relevant content based not only on the members status, but also previous history, account type and more.

This focus on relevant content and information that resonated with each of the sub segments increased engagement and resulted in more click throughs, more information, more referrals, opportunities for increased share of wallet and more subscriptions.

If you have something to offer, identify those in your data base who may be interested and target them alone. It may take a little time but it is time well spent. Otherwise using mass emails to try and sell the same product to everyone may actually have a negative effect on your brand and you may end up actually turning those customers away.