And as it happens, I’ve never managed to secure any consulting projects with automotive brands. So as buying a car is probably the second largest investment most of us will make, I decided to use this opportunity to carry out a mini brand audit of those brands I visited.

The automotive sector here in Malaysia is really tough, especially as the middle class market, although growing is still rather small. In fact, between them these brands probably sell no more than 10,000 units per annum of which 60% are Mercedes.

Furthermore, with import duties higher than anywhere else in the world and an increasingly bleak global economy that looks like it will catch up with south east Asia in 2013, you would expect these guys to have some of the best sales people in the industry.

Well here’s my ‘mini’ report card on my experiences and the ability of these top marques to sell their products.

Firstly though, some background information.

1) Not one of the sales people that attended to me asked for my business card.

2) Only one sales person asked my name.

3) Only one of them asked me what car I currently drive.

4) One of the sales people who was very pleasant, could not pronounce the name of her brand. I’d like to add that this brand name is bloody hard to pronounce for English people so must be impossible for a native Chinese speaker. But…

5) At one of the showrooms I was told if I bought the car today I could get free Sat Nav (GPS). When I asked whether it covered Malaysia, Singapore and Thailand I was told no, it covered France – I swear to god that is the truth!

So, in reverse order, here is my report card on my experiences with these brands and a brief explanation. WARNING: It makes for distressing reading.

5=) VW.
VW comes in last, way last. Not really a result of the salesman’s ability or inability to sell because he was a very nice guy and anyway we didn’t get a chance to test his sales ability because the VW in Malaysia doesn’t come with Sat Nav (GPS) and in my opinion, at that level if you don’t have Sat Nav, you are not in the game.
5=) Land Rover
Joint last is Land Rover. Again, not a result of the ability or inability to sell because we didn’t get a chance to find out. There weren’t any sales people to attend to me because they were all out doing test drives. That’s no excuse. When your cheapest car – the Freelander 2 – is RM271,000 (US$90,000) and your most popular car – the Evogue – has a long waiting list, you need to be on top of your game. I wasn’t the only person to walk out frustrated.
3=) Peugeot
I really liked the top of the range 508 GT but the sales person seemed to want to sell me something cheaper. Maybe she was on a higher commission to sell that car or maybe she was just using price to make a quick sale.
3=) Audi
The Audi lady was nice and gave a good description of Quattro to my wife who really looked as if she was interested. But she didn’t ask me anything about what car I drive, how old is it etc, etc. Where’s the relationship building?
1) Mercedes Benz
Apparently, the sales lady here was working in the Mercedes showroom in Glasgow, Scotland for 10 years but is now back in Malaysia. In 20 years of living in Malaysia, this was the first time I have heard a Malaysian speaking with a Glaswegian accent! But crucially she was miles ahead of the rest with her product knowledge, attempts to build rapport, personality and sales ability. Not too pushy, not too technical and she asked for my name at the right time in the discussion and when I gave her my first name she asked for my surname so she could address me as Mr Osborne – top talent.

I’m not here to criticize, only to offer feedback to help people and brands. Viewed for what it is – feedback, every brand on this page can learn from my experiences. Sales is no longer about taking orders or convincing someone of something. It is now about building rapport and delivering value, on an individual basis. If you don’t have the training or the skills to do that you will lose business, lots of it.

All of these brands spend a lot on advertising to draw people into their showrooms. And they may be happy with their sales but my question is, would any of them be happier with less advertising spend and increased sales as a result of better customer engagement skills? Of course they would.

Since the first iMac came out back in the 1990’s, I have been a loyal mac user. I’m now on my third generation of iMacs, and currently have 7 macs in my office as well as 2 iPhones. At home my family uses 3 mac laptops, 1 iMac, 3 iPods and 2 iPod touch. We also have 3 airports at home and one in the office.

Last year I convinced my technologically challenged wife to buy a mac and she now has 8 top end iMacs, three laptops and two iPhones and an airport in her office. About a year ago I referred a friend to my mac representative who sold him six iMacs and a couple of iPhones.

Service not a priority in Malaysia
Service and looking after existing customers are not a priority for Malaysian firms. But my mac representative was a diamond in the service rough of Malaysia. He would come out to my house at 10pm to replace an airport fried by one of the 250 thunderstorms we get annually in this tropical paradise.

He would bring a replacement airport, install it, reconfigure all my kit and sheepishly give me an invoice. Of course the next morning I would take the invoice straight to my accounts dept and stress that it must be paid immediately.

Unfortunately he has moved on to pastures new. It’s a massive loss to me because his service was exceptional and could not be faulted or replicated. In fact he was brilliant.

So until I find a replacement and I expect that to take some time because he truly was unique, I have to suffer the ignominy of taking my computers to the Apple store.

I did this recently after dropping a laptop. Because one of the key components of building a brand is experience, I thought it would be a good opportunity to see if local resellers were on brand.

As far as I can tell, for such a small country, the mac landscape in Malaysia is a competitive one. There are a number of stores around the Klang Valley.

Machines is probably the largest premium reseller with 6 stores across the Klang Valley and one in Johor. Their flagship store is at KLCC. You can find their neat website here

Another company is Smack. Smack is an authorised reseller. You can find their price driven site here

In fact, according to ‘where to buy’ on the mac site there are 83 resellers, in Malaysia. This includes those authorised to sell iPods. That’s a lot for a company that only has about 10% of the PC market.

Walkins are potential customers
I took my laptop to a mac store in a nearby mall. Now think about this, here is a relatively new store, less than a year old. In walks a foreigner with an old laptop that has a problem. He has never been to that store before. If FusionBrand were working with this retailer, he would understand that this guy represented an opportunity to gain a customer. And as he was unfamiliar and did not register when his name was entered into the database yet was a mac user, he was obviously a customer of a competitor.

I went to the counter where there were 3 or 4 guys standing around not doing much. None of them smiled so I said good morning and explained the problem. After a brief discussion the sales person asked if I could come back the next day because the technician was off that day.

I didn’t bother to ask why a technician would be off mid week. I said that as I didn’t really want to make another trip could I leave the laptop with him? Reluctantly, after discussion with his colleague he said yes but that it was company policy to charge RM100 (US$30) to carry out a diagnostic.

This isn’t much money but the salesman in me says this is the wrong way to do business. Here is a potential new customer with a long record of buying macs (they don’t know this of course because no attempt has been made to build rapport with me). Surely it would be a great idea to score some PR points by sitting down with me and getting to know me before charging an irrelevant diagnostic fee? 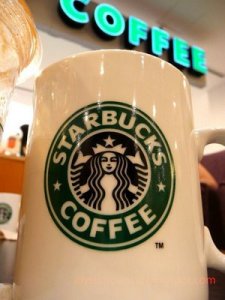 Anyway, long story short, I was bored by now but to put the boot in, I said I would go to the other store nearby. He shrugged and handed me the laptop.

I went to the other store in a mall nearby (next to a Starbucks with wifi, neat). Now I have been to this store before and it was where my super salesman worked but the turnover is high and I didn’t recognise the guy working there. Nevertheless, when I walked in I was greeted with a cheerful hi. I explained the problem and the guy told me to leave it with him and he would call me when he found out the problem. That was on Friday. On Monday, I got a call from him with some bad news. It’ll be interesting to see if he attempts to sell me a replacement when I go to collect the laptop.

Poor service
Now this is not a rant about poor service, I’ll leave that to others much better qualified than I. This is an attempt to show companies that branding is more than advertising, logos and so on. Building rapport, gathering data, qualifying prospects, engaging them and building towards a sale are all critical components of branding. Because many brands, especially Asian ones, won’t have the resources that Apple has. 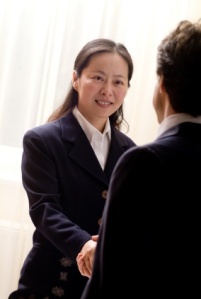 1) Every walkin is not only a potential customer, but possibly a customer who is currently with a competitor. Be nice to them.
2) Develop 5 or 6 conversational fact finding questions that will give you the data you need to make informed decisions on how you want to proceed with the prospect.
3) The 1980s are gone and with it the concept of ‘company policy’.
4) Going the extra mile will ensure loyalty and loyalty is critical to profitable branding
5) Train sales personnel to sell because a lot of people want to buy but don’t know how to and so need a little help.