The print industry is changing rapidly. Publications are increasingly niche or evolving around new industries such as airbnb. The hospitality company with the largest inventory of beds but doesn’t own a single hotel launched Pineapple last year. It doesn’t aim to market the brand but instead inspire people to travel and of course hopefully use the company.

not selling airbnb but travel

Another new ‘investment and Lifestyle journal’ from Singapore called Cache was created not by a publishing house as a way to generate revenue but by a conglomerate with multiple interests in the luxury and related sectors.

Although advertising revenue will help to fund the project, the main aim is to generate contacts for much more lucrative deals. These and other new publications have a different take on the publishing industry.

They are not so much worried about readership, rate cards and revenue, but more interested in reinforcing their brand values, enhancing their reputation, generating organic leads, building strategic relationships and adapting the online media platform model of being content sharers not creators.

So when I came across this interesting post called “100 brilliant print adverts” on the influential creativebloq site, I was intrigued because I thought it would be fascinating to see if the ads had a place in the new world order of publishing. Sadly, for me anyway they didn’t. Well certainly not the first 13 or so ads because after the VW ad I got bored.

Sure there was some creative genius in there as well as some comedy gold but there was also a lot of nonsense that just made me think I’d seen it all before. Traditionally, a good print ad must do six things

1) Be memorable and easy to recall

2) Connect with its audience

6) Have an simple call to action

Is this a good ad?

And historically a good print ad should include these elements

2) A unique or provocative image

3) No more than 3 paragraphs of well written copy

Is this a brilliant ad?

Advertising companies are ignoring these rules in an attempt to get our attention. But it is very hard to be creative after 150 years of advertising. And even if the creativity, the sexuality, the humour or the horror of an ad gets our attention, it doesn’t mean we’re going to interact with the brand.

Furthermore, consumers don’t engage with new brands the way they used to and besides, we are now carpet bombed by so many messages every minute of every day that most of us simply block out the noise.

Add the proliferation and fragmentation of media, the sheer number of ads, the ridiculous claims made in ads and the changing nature of how we absorb information and news means we don’t really need ads anymore.

Moreover, the concept of the ad that has to be conceptualised, created, approved, produced and distributed means it can take 6 – 12 months before a campaign sees the light of day and in that time, an idea can become obsolete. 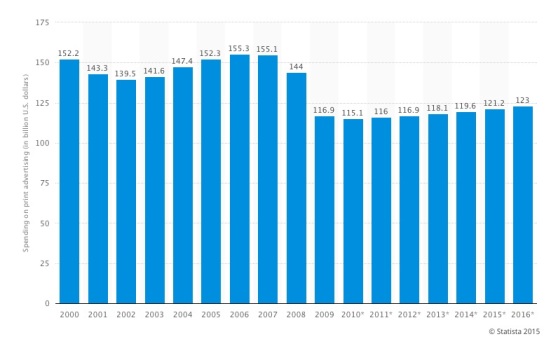 And in this environment, firms would be better off saving the money they spend on advertising and use the money saved to generate content about their business, build relationships with their customers and encourage those customers to share that content. The debate rages about whether print advertising is dying or already dead.

Personally I don’t think it’s dead but it is wounded and unless it reinvents itself, it may soon be irrelevant.

One thought on “100 brilliant ads but are they relevant?”