Although I no longer use a Nokia, I still have some brand loyalty and track the performance of the Finnish mobile phone behemoth and although it’s global share of mobile sales dropped below 30% for the first time since 1999, it still sold 450 million handsets in 2010, outselling Apple 10 to one.

10 years ago, in 2000, Nokia sold 128 million handsets out of a total of 405 million, giving it just under 32% of the market and with margins of 20%, Nokia was well placed in the sector as Motorola and Ericsson struggled. 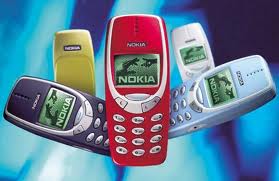 By the end of 2003, Nokia had increased its share of the global handset market to 34.6%. By the end of the first quarter, 2004, that share had slipped to 28.4%. This 20% drop in market share was despite a year-over-year increase of mobile shipments of 29.3%. Nokia found itself in this potentially dangerous position because it was slow to introduce clamshell style phones and colour displays.

Fast forward to 2007 and Nokia was once again humiliating competitors in the handset stakes, and in particular Motorola. In the first quarter of 2007, Nokia shipped 92 million units, a 20.6% growth compared with Motorola’s 47.5 million units shipped during the same period. 2007 also saw handset sales break through the one billion units level with a total of 1.17 units sold, a 16% increase over the 990 million phones sold in 2006. 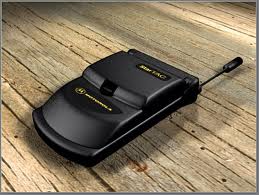 Nokia’s global market share climbed to 38% whilst Motorola’s slumped to a dismal 13%. Analysts thought at the time that Nokia’s share of the global market could climb to an all-time high of 40% by the end of 2007.

On 2nd August of that year, Nokia announced an astonishing 57% increase in second quarter operating profits to US$3.2 billion. And when the definitive metric for measuring brands is profitability, Nokia sizzled again with operating margins for the combined mobile device business of 20.9%. The company also had US$9.5 billion in cash and no debt.

But 2007 saw the launch of the iPhone and suddenly the mobile phone became a smartphone. By the third quarter of 2007 the iPhone had 20% of the smartphone market, way behind RIM with the Blackberry at 39% but more than the smartphone sales of Motorola, Nokia and Palm combined. 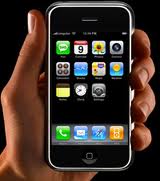 By 2010 Nokia’s market share had slid from a 36.4 percent share in 2009 to 28.9%. Nokia still sells more mobile phones than any other company but consumers no longer want mobile phones, they want smartphones.

And at the heart of the smartphone is the operating system. By January 2011, Google’s Android, and its Chinese versions Tapas and OMS had become the top smartphone platform in the world with an 888% year-over-year growth. 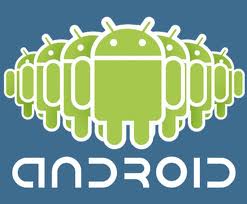 Nokia’s Symbian system is a very close second with Research in Motion a distant third and Apple’s iOS way back in fourth. Microsoft’s mobile operating system barely warrants a mention with 4% of the market.

Under pressure in a market it once dominated and essentially still does, Nokia has panicked. Realising the key to smartphone sales is the OS, it has mucked about with Symbian, a perfectly good OS with no more flaws than the iOS.

But because of the now huge size of the organisation, issues bought up during the testing of touch screens and browsers were often ignored.

Desperate, Nokia launched the N-Gage with too few poor quality games and terrible network connectivity for multiplayers, the phone was blown away by the PSP and DS.

Next came another disaster, the Ovi. Nokia’s answer to the iTunes Store was an unmitigated disaster. In 2007, Nokia restarted its touchscreen development after deciding in 2006 that touchscreens were essentially a gimmick.

This delay meant that the N95 and N97, both good smartphones in their own right and with email, music players, the Internet and GPS as well as a slide out Querty keyboard were supposed to compete with the cool iPhone.

Then it tried a completely new Linux based OS called MeeGo but it’s corporate heart wasn’t in it and MeeGo only got a year. 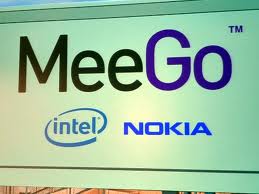 Now, in what could be seen as a last throw of the dice, Nokia has teamed up with Microsoft and is launching the partnership with a US$112m global brand repositioning campaign, which will see the launch of its first phone running on the Windows 7 operating system in October 2011.

This is a big mistake. Microsoft’s Phone 7 was launched for Q4/2010 on about twelve handsets from a number of manufacturers. During the quarter it achieved a meagre 1.5 million sales, earning it about a 2% market share and worse than Windows Mobile which had 4%. 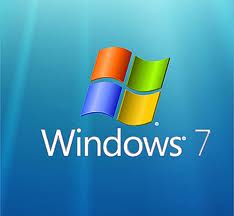 During the same period, the latest version of Symbian (the all new user-friendly touch screen version that powers the N8) was launched on 3 Nokia smartphones and sold 5 million units. All Symbian products sold a respectable 32 million units.

Although I don’t know the objectives of the six month reposition campaign, one assumes it is an attempt by Nokia to try and regain lost market share from rivals Android, Apple and Blackberry.

But this won’t happen because some ad agency or agencies have created a position that they intend to push out, no doubt primarily across traditional mass media because that’s where most of the eyes are supposed to be and it pays the highest commissions.

And I’m sure the same message will be communicated in all countries, irrespective of local cultures, smartphone habits and so on.

And of course there will also be a nod to digital and social media. And with US$100 million to play with there will no doubt be an attempt at a clever Old Spice type viral campaign.

But the problem is, Nokia’s issues cannot be solved with a communications campaign that will no doubt generate lots of interest but will not change the fact that the Windows OS is an unpopular OS.

Nokia doesn’t have a brand problem, it has an organisational problem that cannot be solved by a repositioning campaign.

Nokia products don’t come close to delivering the experience Android, RIM and Apple smartphone products offer. And that won’t change with seven. Especially as Nokia has had very little influence over the first Windows 7 devices.

And if you can’t offer a compelling experience, you won’t solve the problems Nokia has.

Nokia would be better off taking that US$100 million and giving it to the Symbian crew to improve what is almost a very good OS capable of competing with Android and iOS.